Commemorating the National Day of Mourning 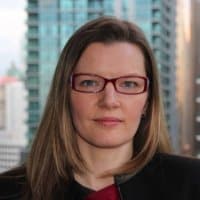 We Don’t go to Work to Die

Nobody should go to work to die. Whether it is the day shift, night shift or a “9-to-5” office job, when we leave home for work we all expect to return home, reunite with our families and enjoy life.

But the reality is that more than 900 people die every year in a workplace incident in Canada — and dozens of those are young adults working entry jobs. It is hard enough to bring awareness to potential hazards of working at heights, in confined spaces or operating a vehicle, where at the very least the hazards are part of the physical environment and are clearly visible.

Now imagine a hazard you cannot see, touch or smell. But while at work you breathe it in, totally unaware that it is attacking your lungs and causing damage that may grow into cancer. It happened to 220 miners in Elliot Lake, who lost their lives to radon-induced lung cancer contracted in the uranium mines where they toiled daily.

Uranium was discovered in Ontario in 1953 and mining became an important industry for the province. Between 1955 and 1990, most of the uranium used in the world was pulled out of the ground in Elliot Lake. But as far as workers’ safety was concerned, the 1950s, ’60s and ’70s were a different world from today. As miners worked to secure uranium deposits for the world, an alarming trend emerged: cases of lung cancers and silicosis were on the rise. “I worked in the uranium mine,” says John Perquin, Assistant to the International Secretary-Treasurer of the United Steelworkers Union. “You can’t see the radiation hazard, so you work day in and day out never really knowing what you are being exposed to unless somebody has taken the time to educate you. The tragedy of the early years at Elliot Lake was before my time, but I know the story well. We saw members die and there was no reason for it.”

The tragic circumstances occurring in Elliot Lake led the members of the United Steelworkers to engage in a wildcat strike in 1974, which promted the provincial government to appoint a Royal Commission to investigate the matter.

The work conditions are best described in the words of the June 1976 Report of the Royal Commission on the Health and Safety of Workers in Mines, which was headed by James M. Ham:

“The potential hazards in the enclosed spaces underground are many…. The regular processes of drilling, blasting, muckin, and crushing generate fine respirable mineral dusts which are potential causative agents in pneumoconiosis (literally ‘lung-dust disease’)…. The radioactive gases radon and thoron emanate from rock faces and arise from the elements uranium and thorium which are present in many rock formations, especially in uranium mines.”

Today, we know the answers to the miners’ questions about lung cancers. Radon gas, produced by the breakdown of uranium, is radioactive. When breathed in, especially when it is mixed with dust particles, it continuously damages lung tissue from within.

From the Elliot Lake tragedy, the Radiation Safety Institute of Canada (RSIC) was born.

“Workplace safety is at the heart of our mandate,” says Steve Mahoney, President and CEO of RSIC. “It is our mission to prevent injuries and cancers resulting from unnecessary exposure to radiation while at work.”

This exposes hundreds of thousands of Canadian workers, if not millions, to daily contact with radiation. This is why raising awareness about radiation safety among workers and employers is so important.

“The successful prevention of unnecessary radiation exposure is the prevention of radiation injuries and occupational cancers,” says Mahoney. “The long-term benefits of our actions today will mean safer workplaces tomorrow.”

On April 28 we are joining with Canadian workers and their families in the sombre commemoration of the lives lost at work. We don’t want anyone to get sick because they went to work. The lives of 220 Elliot Lake miners could have been saved. At the Radiation Safety Institute of Canada, we believe that proper prevention of unnecessary exposure to radiation prevents cancer, saves lives and is plain and simple the right thing to do.