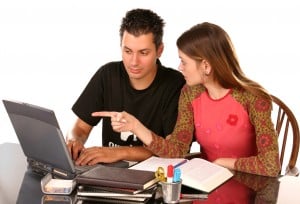 There are many advantages to having Wi-Fi access points in businesses, public and private institutions, and other public spaces, since Wi-Fi allows almost instantaneous access to information. However, there has been considerable public concern over the effects of exposure to Wi-Fi frequencies, particularly in areas frequented by children, such as schools.

Industry Canada has recently performed measurements to determine the level of exposure to the public from electromagnetic frequencies (EMF) emitted at Wi-Fi access points. To perform these measurements, Industry Canada simulated a typical Wi-Fi environment by installing 24 Wi-Fi enabled laptops, all simultaneously uploading and/or downloading data using a Wi-Fi connection, in a closed room with 2 Wi-Fi access points. Multiple configurations were considered.

Health Canada’s Safety Code 6 limits are based on an in-depth evaluation of available scientific literature on thermal and possible non-thermal effects of radio-frequencies on biological systems. For Wi-Fi frequencies, the limits are based on tissue-heating effects. Safety Code 6 has set the public exposure limit to be 50 times below any exposure that may lead to significant tissue heating. In other words, exposures in public areas below the Safety Code 6 limits will result in no adverse health effects.