Iodine Pills: What are they? Who gets them? Where do you get them? 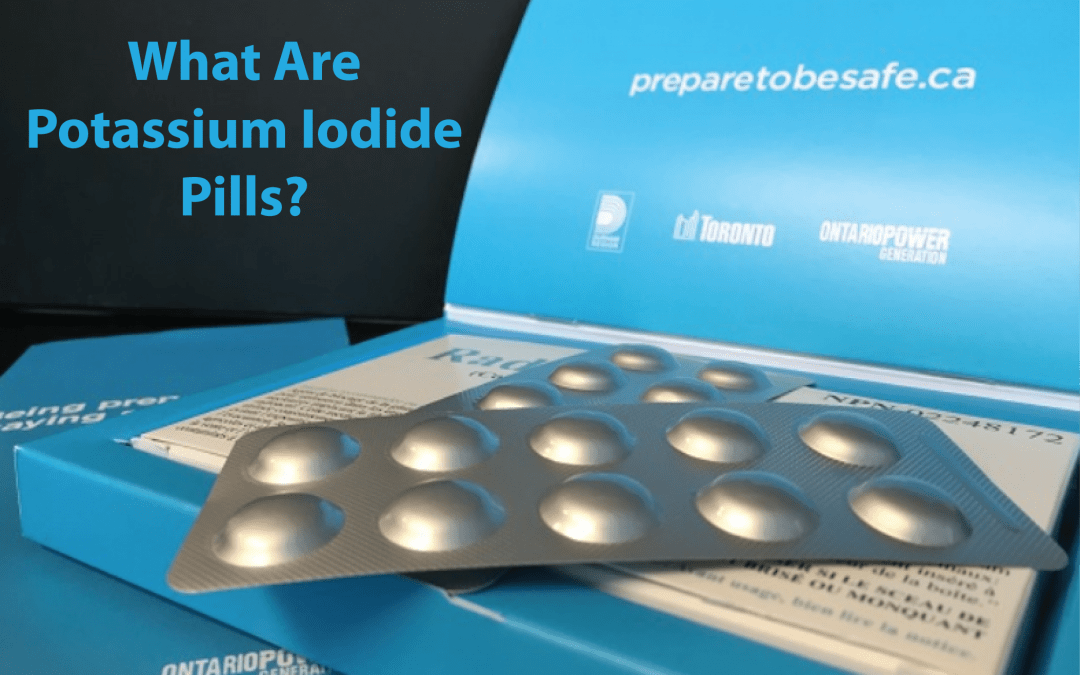 Questions about iodine pills were prompted by the Emergency Alert from the Pickering Nuclear Generation Station that many Ontario residents were startled with on Sunday January 12th at 7:32 . While the message did state that there was no abnormal release of radioactivity and no need to take protective actions, nonetheless people were on high alert. Finally, after two hours, a final message was sent out stating that the first alert was sent in error.

The incident did raise awareness of iodine pills, or more specifically, potassium iodide (KI) pills and cause many to ask what are they?, What do they do? Who gets them? When are you supposed to take them? Where do you get them?

In 2015, Bruce Power, Darlington and Pickering Nuclear Generating Stations distributed iodine pills to homes, business and institutions within a 10 km radius. If radioactive iodine is released into the air, the Chief Medical Officer of Health for Ontario may instruct residents (via telephone, tv, radio and internet) to take the iodide pills.

What Does the Potassium Iodide Pill Do?

Over time, the potassium iodide will be eliminated through the urinary system. Minor side effects such as gastrointestinal upset and minor rashes have been noted, but are extremely rare.

Who Should Take Iodine Pills?

Children are the most vulnerable, as are pregnant and breastfeeding women. People with known iodine allergies or thyroid disorders (e.g., Graves disease) should speak to a doctor or nurse prior to consuming the KI pill.

What About People Outside the 10 km Radius?

In Ontario, secondary zones, those areas 10 km – 50 km away from the Nuclear Generating Station, are welcome to order the iodine pills, for free, from preparetobesafe.ca. The areas are

And What If I Live More Than 50 km Away?

Some people live outside the secondary zone but want the iodine pills for their piece of mind. You can check with your local pharmacy as iodine pills are available without a prescription. Currently, Ontario and New Brunswick are the only provinces with operational nuclear generating stations.

Can I Take It Pre-emptively or Well After the Fact?

Potassium iodide is generally only taken in the short-term to protect people from exposure to radioactive iodine when it is airborne. This period would generally last about 24-48 hours. Potassium iodide consumption after the initial response is not recommended.

Will the Iodine Pills Protect Me from Contaminated Food?

Protection of people during the later stages of the response to such a nuclear emergency, including the response to contaminated land, would be extensive and food control measures would be implemented.

For more information, please see the interview with our Scientist, Tara Hargreaves, that aired on Global News in January 2020.