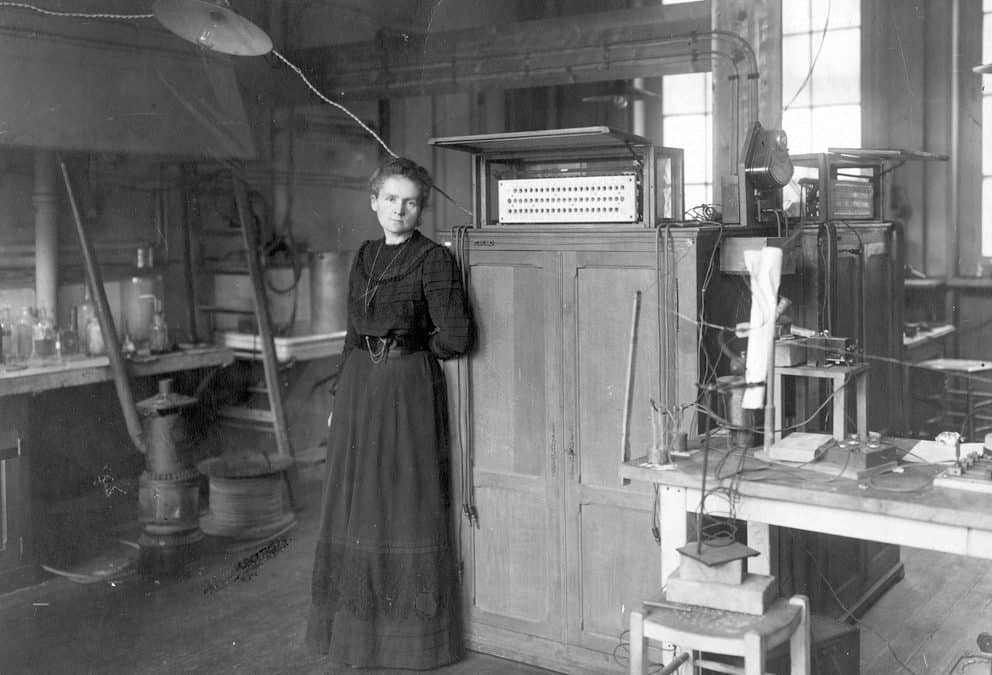 Today we celebrate Marie Curie, a pioneer nuclear physicist. Her ground-breaking work on radioactivity revolutionised medicine. It brought her not one, but two Nobel Prizes! In addition, she was the first female recipient of the Nobel Prize. She made possible the innovation we see in the radiation field today. Her work and her life brought radiation safety to the forefront of the scientific agenda.

On December 26, 1898, Marie Curie, Pierre Curie and Gustave Bémont announced their discovery of the chemical element Radium. This was only a few months after the Curies had also discovered the existence of another previously unknown element, which they named “polonium”.

Mme Curie was a scientific pioneer who revolutionized modern medicine. We can thank her discoveries for contributing to the modern day imaging, Nuclear Medicine and for such life-saving cancer treatments as brachytherapy. Radiation was Marie Curie’s life and passion. But, sadly, it also resulted in the premature passing of a brilliant scientific mind. Today, in celebrating her 151st birthday, we now appreciate that radiation is also what killed her. Even as she serves as an inspiration to all of us for her dedication, Mme. Curie is also one of our most famous occupational disease victims. She died of aplastic anaemia, often resulting from prolonged exposure to high levels of radiation. It is said that prior to her passing, she was never fully convinced that her illness was a result of her work with radiation and the poor protection protocols of the day.

Radiation and Its Hazardous Past

Today, we have learned much from Mme. Curie’s life and her death. Did you know that before it became understood that radiation can be deadly, radium and thorium were mixed into beauty creams “to add glow”? In the 1920s and early 1930s, you could purchase a radium lip cream or even glow in the dark underwear. During that time, an advertisement like the one below would offer consumers novelty beauty products like “Tho-Radia ” beauty cream containing the radioactive materials Thorium and Radium. 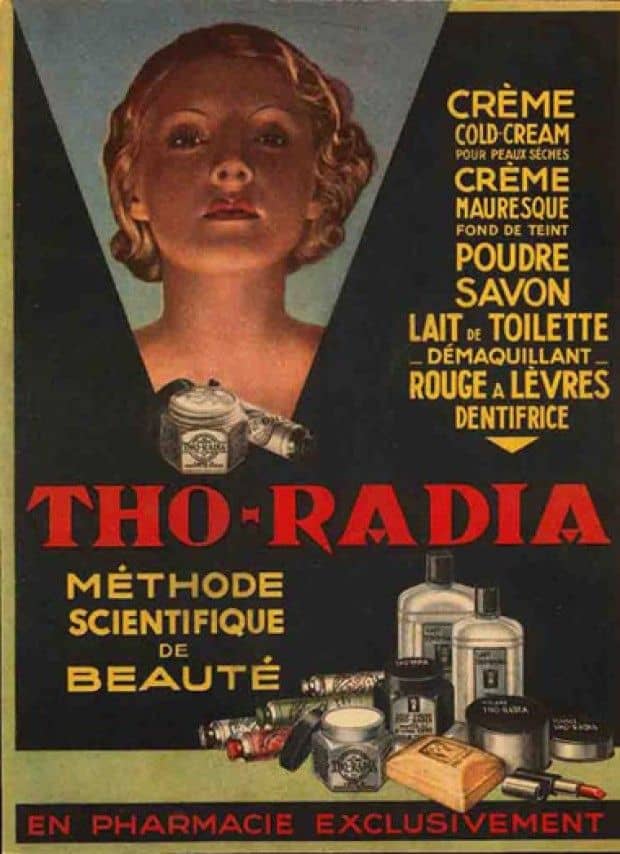 On what would have been her 151st birthday, Mme Curie’s legacy lives on in all the lives she continues to help with her discoveries.

“By the late 1930s, the dangers of radiation had become headline news. There were the so-called “radium girls,” young women who hand-painted numbers on watch dials using radium paint and were even encouraged to use their lips to give their brushes a finer point. When they later developed grotesque mouth tumours and other cancers, they sued and won a landmark worker safety case in 1938.” Laboratory Safety Institute (2018).

Nearly 100 years later, we definitely know better. Today, when radiation is used in so many aspects of our lives, be it medicine, manufacturing, energy production or security, it is more important than ever to keep our focus on safety. Radiation is the kind of hazard that we cannot detect with our senses. Effective Radiation Protection Programs, proper training for workers and adequate personal protective equipment are key. Mme Curie sacrificed her life for her ground-breaking discoveries. As we celebrate Mme Curie, an extraordinary scientist and a trailblazer for women in science, I would like all of us to reflect upon lessons learned from the past and to take all and any measures necessary to protect ourselves and people working alongside us to prevent the occupational disease from overexposure to radiation.

We, at the Radiation Safety Institute of Canada, are here to help. For the past 38 years, we have worked with numerous companies to improve radiation safety programs and reduce radiation dose to workers – it’s our prime mandate. Let’s learn from past experience, including that of Mme Curie, and work together to eliminate radiation-induced occupational disease!

Get in touch with our Free Information Service in Radiation Safety: