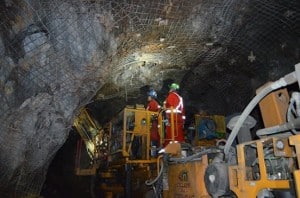 On April 15, 2015 Ontario accepted the Final Report of the Mining Health, Safety and Prevention Advisory Group. The Advisory group started work in January of 2014.

Each of its six working groups (comprised of worker, employer, industry, labour and government representatives, as well as members of impacted families) was focused on a specific mine safety area.

The report contains 18 recommendations that will, among other measures:

Dedicated to Prevention, the Radiation Safety Institute of Canada commends the Advisory Group and the Province on this important achievement. For its part, the Institute is prepared to make every effort to work with mining industry partners and support them in the implementation of the final report’s recommendations. One area of opportunity where the Institute can be particularly helpful is:

The Institute believes that improved knowledge among workers, employers, Health and Safety Associations, worker representatives and the regulator about health risks posed by radiation and other hazards, coupled with practical tools on how to reduce radiation exposure from radon, will prepare the mining sector to take on present and future challenges.

To achieve this goal the Institute had proposed to develop a two-step Radiation Safety Awareness Program. The proposed awareness initiative aims to focus on the topic of radiation hazard in the Ontario mining sector. It will provide the industry workers and employers, associated Health and Safety partners and labour representatives with “Good Science in Plain Language”® information on radiation hazards as well as advice on the best radiation safety practices and access to qualified resources.

Appreciating the complexity of the underground mining environment and building on the Mining Review Final Report findings, the proposed Initiative intends to go beyond the radon hazard alone and include in its awareness series other key hazards that may, combined with radon, exacerbate the negative impact of radiation exposure and result in occupational lung cancer.

The issue of occupational exposure to radiation in underground mining, in particular to radon gas and radon progeny, came to the forefront of the health and safety agenda in Canada following two major mining industry disasters, that of the St Lawrence fluorspar mines in Newfoundland and of the Elliot Lake uranium mines in Northern Ontario. In both cases, years of uncontrolled radiation exposure to radon gas and radon progeny resulted in hundreds of worker deaths.

Borne out of the Elliot Lake disaster, the Institute knows that raising awareness of the potential health effects posed by radiation hazard is the first step in reducing and, ultimately, eliminating the occurrence of radon-induced occupational lung cancers in the underground mines.