Some Facts About Dirty Electricity 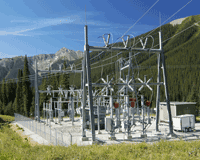 But let’s see what experts at the World Health Organization, Health Canada, and more are saying about “dirty electricity”.

Quotes from the WHO

Health Canada looked into the efficacy of Stetzer filters which are purported to reduce the amount of “dirty electricity” in a home. Here is what they concluded:

The Stetzer filter does not clean up line voltage harmonics. Nor does it help to restore the current of a non-linear load back to a sinusoidal shape. The Stetzer filter current is highly distorted containing harmonic content up to 10 kHz. (Stetzer current harmonics are accentuated versions of the line voltage harmonics.) Since Stetzer filter currents add vectorily to the other load currents in the home, their distortion products (harmonics) are carried on the electricity supply and add to the level of “dirty electricity” in the house.

The Stetzer filter is probably effective in attenuating high frequency (4kHz to 100 kHz) noise on the AC power lines although these components are small to begin with. No assessment can be made concerning its effectiveness in suppressing transient disturbances since these phenomena are random, infrequent events for which we are unable to test.

Read more about EMF and its effects on the body.