Ukrainian Nuclear Power Plants in the War Zone: Should Canadians be Concerned? 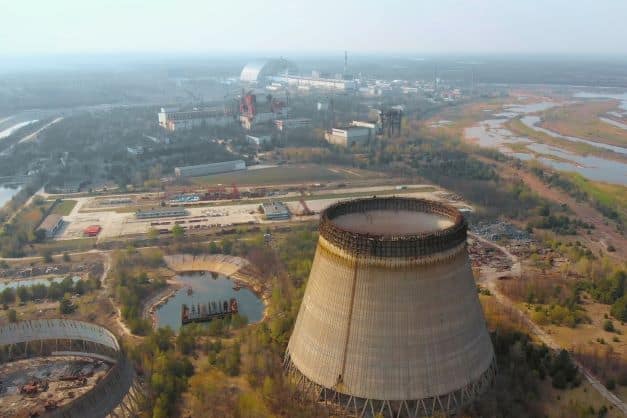 It has been more than 35 years since the Chernobyl nuclear disaster, but we remember it as if it was yesterday.

Those memories were revived last week when Ukraine became a war zone and radiation safety concerns over the state of the Chernobyl site were raised in social media conversations and in the traditional media.

When Reactor 4 exploded at the Chernobyl nuclear power plant in 1986, it release about five percent of the reactor’s radioactive material into the environment and deposited radioactive materials in many parts of Europe. The accident also resulted in the loss of human life; plant workers and first responders suffered from acute radiation syndrome, and thousands of thyroid cancer cases developed, mostly in children, attributed to radiation exposure because of the accident.

As the situation in Ukraine unfolds and reports of elevated radiation levels in the area emerge, we consider whether Chernobyl should be of concern today.  According to the International Atomic Energy Agency (IAEA) update on February 25, the Ukrainian regulatory authority measured higher radiation at the Chernobyl site because of heavy military vehicles stirring up soil still contaminated from the 1986 accident.

However, the readings reported by the regulator – of up to 9.46 microSieverts per hour – are low and remain within the operational range measured in the so-called Exclusion Zone (the 30-kilometre radius around the damaged plant where public access is prohibited) and does not pose any danger to the public. On February 24, a monitoring station near Chernobyl reported a further spike in radiation levels to 65 microSieverts per hour – a higher, but still low value.

Let’s put these numbers into perspective: this tells us, that as far as Chernobyl is concerned, we have little to worry about right now. To understand why, consider that the average person receives 2,400 microSieverts of radiation each year from natural background radiation. While we try to avoid any unnecessary exposures to ionizing radiation, there is no evidence that radiation exposures at background levels cause any significant ill effects. You would have to spend about 40 hours near the Chernobyl “hot spot” to receive this yearly background level. Radiation dose drops off quickly with distance from the source, so a 65 microSievert per hour dose rate at this remote location is not of concern.

However, nuclear safety experts remind us that Chernobyl is not the only nuclear power plant in the country. Ukraine currently has four active power plants with 15 operational nuclear reactors.  While the Ukrainian government, in its report to the IAEA, has indicated that all power plants are presently operating “safely and securely,” experts do note that none of them were designed for war zones.

Canada is far enough away that even a catastrophic accident is unlikely to lead to dangerous contamination levels here, and if there was a risk the government has subject technical experts, laboratories, and three specialized networks of more than 100 monitoring station locations across the country to provide a basis for risk assessment and management.

But this is very much an international concern.

Any major disturbance at the Chernobyl site caused by fighting in the area or destruction at one of Ukraine’s working nuclear power plants has the potential to spread significant quantities of radioactive material into neighbouring countries in Europe. As the nuclear expert Professor James Acton, co-director of the Nuclear Policy Program at the Carnegie Endowment for International Peace,  states: “Nuclear power plants are not designed for war zones.”

Therefore, in a scenario where substantial amounts of radioactive material are released into the environment, there is the potential to increase the cancer rate in exposed populations and there would be significant costs associated with cleanup operations. It is, however, important to note that protective measures could be taken to minimize exposure to members of the public.

The Radiation Safety Institute of Canada is available to answer any questions about the risk and threat of radiation and what can be done to protect against rising levels. It manages a free-of-charge Information Service in Radiation Safety. The service is open to all Canadians concerned about any radiation safety-related issues. Please reach out any time by e-mail at info@radiationsafety.ca or call toll-free at 1-800-263-5803.