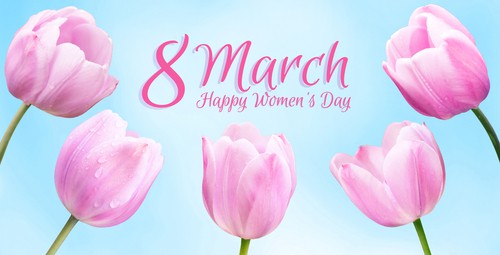 It is estimated that less than 30% of those working in the field of science are women. It has generally been an area of prejudice and professional challenges for women but thankfully that is changing. Despite these roadblocks, women in science have made cutting-edge contributions that have improved our world today.

It is fitting that on International Women’s Day we take a moment to celebrate women in science, radiation science specifically.

Perhaps the most famous of these female scientists is Marie Curie. Along with her partners Pierre Curie and Gustave Bemont, Marie Curie discovered radium and was the winner of two Nobel Prizes, and the first woman to win a Nobel Prize. She played a vital role in our understanding of radiation. Her contributions led to today’s use of nuclear imaging in medicine.  For a more detailed look at her work and contribution to radiation safety please read our 2018 post Marie Curie – 151 years of Innovation and Radiation Safety – Radiation Safety Institute of Canada

Rosalind Franklin was a British biologist who achieved breakthroughs in biology by using x-ray crystallography. She was able to create an image of the DNA double-helix structure which was key to deciphering its structure. Her unpublished work played a critical role in scientists Watson, Crick, and Wilkins being able to confirm the model of the structure of DNA and they received the 1962 Nobel Prize in physiology or medicine for their work. She later applied x-ray crystallography in the study of viruses. After her death in 1958, Dr. Franklin’s students successfully completed her work on the structure of the polio virus.

Lise Meitner played a critical role in discovering energy produced from nuclear fission, a discovery she made months after escaping Nazi Germany. She collaborated with Otto Hahn, and while he developed the experiments used to split atoms, Meitner determined the theory of nuclear fission. Otto Hahn won the Nobel Prize in Chemistry in 1944 and her contribution remained uncredited. Nuclear fission is used for nuclear power and nuclear weapons today. Her discovery played a role in building the atom bomb despite her intention that nuclear fission be used for peaceful purposes.  Lise Meitner was nominated 48 times yet never won the Nobel Prize. In 1997 her work was acknowledged when chemical element 109 was named Meitnerium in her honour.

Chien-Shiung Wu was part of the Manhattan Project and conducted research on radiation detection and uranium enrichment. Through her work as an experimental physicist and her use of cobalt-60, upended the law of parity (the law held that in quantum mechanics, two physical systems—like atoms—that were mirror images would behave in identical ways). Her colleagues won the Nobel Prize In 1957 yet her contribution towards this discovery was not recognized. Dr. Wu would later go on to receive numerous awards including the first Wolf Prize in Physics, along with eight honorary degrees.

These are just a few women whose contributions to science changed the world as we know it. We look forward to discoveries made by this next generation of female scientists.

Women in Radiation History | US EPA