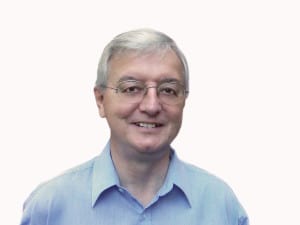 It is with deep sadness that we share with our friends and colleagues the news of Dr Nolan’s passing. Dr Nolan died quietly on Saturday night at his home after a courageous battle with cancer.

Dr Nolan had served as President and CEO of the Radiation Safety Institute of Canada for nearly 3 decades. We join his family in mourning a great man and a dear friend. Dr Nolan worked relentlessly to make Canada a safer place for everyone. His passion, his commitment and ingenuity will be greatly missed.

Tim Armstrong,
Chair of the RSIC Board of Directors

Fergal was much loved by his parents, Carmel and Robert Nolan, his wife Stella Dahlin, his children Brendan, Aidan and Kirsten, his extended family and many friends.

As the eldest of ten children, Fergal took on many responsibilities at an early age. At the age of fifteen he moved to Canada from Dublin alone with five younger siblings. At first, he became one of the breadwinners for the family, when they settled in Alberta with his parents.

His keen mind was evident at an early age and his high school teacher encouraged and helped him continue his academic studies at the Universities of Saskatoon and Edmonton. He earned his Bachelor of Arts with full honours and was awarded both the Rutherford Gold medal as best student in English Literature and the Governor General’s medal as the best overall graduating student. Later, Fergal won a scholarship to study for his doctorate in Oxford, England. He earned his D. Phil. in 1977 after having met and married Stella there in 1974.

Fergal was compassionate and dedicated to helping others. He had a unique way of connecting with everyone and their stories and was a wonderful storyteller, himself. He joined the Basilian Fathers for five years as an “apprentice monk” while studying for his Bachelors and Masters degrees. Many of his friends originate from those years and he kept in close touch with them for the rest of his life.

Fergal taught English Literature at the University of Toronto. From there he moved to the University Administration, and then to the Ministry of Northern Affairs as a senior policy advisor responsible for social and health policy and aboriginal affairs. Among his achievements, he was instrumental in setting up small nursing homes attached to hospitals in the North, and to bring in air ambulances to Northern Ontario.

Fergal was on the founding board of The Radiation Safety Institute of Canada. The independent institute became well respected for its “good science in plain language”, a philosophy developed by Fergal as president and CEO. He served the institute with complete dedication, vision and energy for more than 30 years. In 2012 the Premier of Ontario awarded him the Queen’s Diamond Jubilee Medal for his contribution to Radiation Safety in Canada and abroad.

Special thanks for their dedication and compassionate care go to Dr. Raymond Jang and Dr. Gail Darling.

The family requests that in lieu of flowers, donations go to Princess Margaret Hospital Foundation